Episode 108: The Phases of Trauma Response 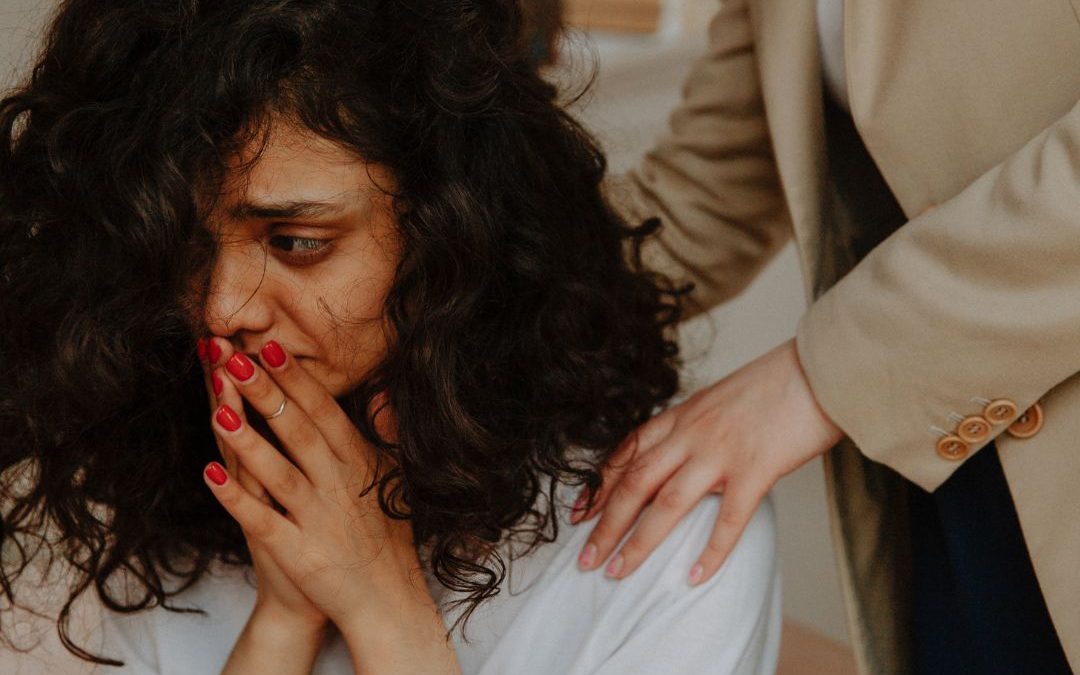 Understand the phases of trauma response to know when something is trauma versus when it’s simply emotionally charged. Start tracking your own nervous system to begin truly healing.

I often get asked how to know the difference between trauma and simply an emotionally charged situation. Understanding the phases of trauma response will answer this question, as well as give you a larger understanding of trauma and how to heal from it.

The Phases of Trauma Response

The very first phase of a trauma response is a startle. The startle is what triggers defensive orienting. Remember there are two types of orienting: curious and defensive. When we are curiously oriented, we can slowly look around with curiosity because we are safe. When we are defensively oriented, we perceive a possible threat and we act like the little bunny rabbit on the path that sees us coming- rigid, with our eyes fixed on the possible threat.

If there is no real threat, we coming out of the startle response back to a place of safety and calmness. But if we do perceive a threat, we go into the second phase of the trauma response, which is active response.

The active response is the nervous systems telling the body to run or fight. If we perceive we can’t run from the threat, then we may turn and fight. This perception is a subconscious, split-second perception, far below the level of conscious thinking. Both running away and fighting keep us safe and help us stay alive. And if we can get to safety and come down from the stress response, there will be no trauma.

What is a Threat?

Most of us, most of the time, don’t come across life-threatening dangers, so our “threats” are often internal emotional experiences. But it doesn’t matter if the threat is a true “I’m-gonna-die” danger or an emotional response that our brains associate with danger. As an example, in parenthood, the perceived threat is often our own children. Of course they aren’t going to kill us, but since we can’t get away from the “threat” we may naturally go to a fight response like yelling at our children.

If neither running nor fighting will work to get us to safety, we experience a thwarted movement. The thwarted movement is the third phase of the trauma response. This phenomena is something either outside of us or internally that stops our active response. Again, for our own safety and survival, we stop running and fighting in order to prevent further danger.

Why “No” is Not Always Available

An important side note here: if someone is in a dangerous situation, like sexual assault for example, if they can’t run or fight, they will freeze, which may look like going along with what the other person wants. This is adaptive! When you are in this automatic obedience, a “no” response is not actually available to you. So if this has ever been you, please don’t feel ashamed for not speaking up or saying no, because doing so very well may have caused more harm and your body was working for you.

Other signs one might be in a freeze response is an altered state and body sensations. An “altered state” could look like foggy or fuzzy mind. It could look like someone who bumps into things a lot or gets into a lot of car accidents. It’s a general going through the motions, but not being all there type of feeling.

Getting “Stuck” between Anxiety and Depression

The Self Repair Phase

Self repair is the “cool down” part of the stress response. When you go for a run, you don’t just stop running when you’re done. You slow down and pace around or walk for a while before totally stopping. This is what self-repair does for you. It brings you back to a felt-sense of safety in your actual body (not just in your mind). Back to your window of tolerance where you feel a calm-aliveness and an openness to connection. Trauma is healed once the self repair phase is complete. It often does take time and multiple tries to get to the self repair phase, so keep going if it doesn’t work immediately. (And this is also why you may want to hire a practitioner to help you through.)

Understanding these phases of trauma response will help you know that in order to truly be trauma, one much experience a startle, active response, thwarted movement, and a freeze response. The freeze response is what transforms the energy in in your body to trauma. It will remain as a trauma until the perceived threat is removed and self repair is complete.

I have only 2 private coaching spots left. If you’ve been thinking about hiring me, or even curious about what it’s like to work with me, now is the time. After these two spots are filled, the price goes up. Sign up for a free session here.

I am also launching a group program February 1st, 2023. This will be an experience based in true connection, practice and the body. I will strive to make it highly interactive, and an hour a week you can be your full self. In trying to increase our presence, we will find out why we aren’t always present and work on those obstacles. Get more information here.

That’s enough for now, and so are you.